In my 30 + years in the telecommunication industry, one problem I have seen consistently are issues where the end of a phone call might be interpreted not as a drop, but as a deliberate act with one party becoming offended.

So let’s take a look at the causes and some solutions.

By and large the most common cause of dropped calls that my company has seen are due to problems with older phone systems that still are using copper  phone lines or similar. Such problems existed  in 1919 and still do in  2019.  In recent years problems with calls originating to or coming from cell phones have increasingly been contributing to problems with dropped calls.
One of the ironies of the dramatic improvement in cell phone service quality is that since one can rarely tell when another party is on cell phone or a  landline or VOIP line resulting landline or VOIP carriers getting the  blame for dropped calls that are in fact caused by cell phones.  The slight upside to this is that folks these days are less likely to assume  an abrupt end to a call is a deliberate act on the part of the caller.

Other causes of dropped calls include:

b) internet carrier or related IT problems.

c) user error, in which case it becomes an “accidental or deliberate disconnect” and not a dropped call.

On  VOIP systems however.., the problems most times are not due to phone carrier carrier  or issues or the equipment but  one of 4 things;

The best way to avoid dropped calls is through the use of the modern business telephone system.

On older phone systems, if a component is about to go bad  dropped calls would be one of the problems one could experience.  If it is not a problem with the systems components  things that will cause a call to drop on a modern “land-line” system include a loss of electrical power and carrier issues. Switching to a VOIP system improves greatly the chances of this not occurring – but does not eliminate completely the potential for this problem to occur

So, what to do when you experience a dropped call:

If over  a period of several months you continue to experience dropped calls on a regular basis, consider changing local phone or internet service carriers.  Most often  however today’s carriers are very good at identifying  and fixing these issues.  As bothersome as these things are be  patient with your phone or internet carrier since it may take several reported incidents before they can clearly identify  and get a handle why this is happening.

If  ongoing  issues with dropped call  is getting especially frustrating – hang in there!  A solution can almost always be found! In the meantime consider taking a break and firing up a Jimmy Buffett tune on your computer or smartphone  until things finally get resolved!

Problems with dropped calls have been around the since the days of Alexander Bell. As good as our modern communications infrastructure is, I don’t expect them to go away anytime soon.  Take the advice I’ve given you here, and you’ll find the problem to be less pervasive, and frustrating.

JHB is pleased to welcome Clear Systems Integration as a new customer.

At one of their clients  the good folks at Clear Systems had us install one of our 4 line AT&T cordless phone systems with 6 cordless phones and 1 base phone.

Among the many features Clear system enjoys with this system are:

The features they enjoy include: 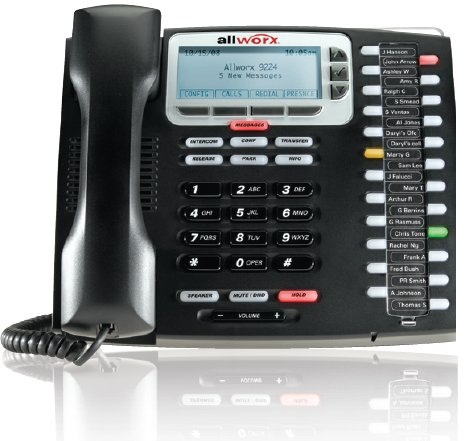 We are now an official, recognized Allworx dealer!

Fact is we have been installing Allworx business systems since 2007.  But now, Allworx and JHB are officially working together to help businesses from 3 to 250 employees make use of this most cost effective and technically advanced line of VOIP phone systems and related products!

We have always known Allworx to be the finest VOIP phone systems on the market, and now it’s official; Allworx recognizes the fine work of JHB!

Customers often ask how to access their Avaya phone systems voice mail from outside the office.

So here are some easy tips on how access your Avaya Partner and some Avaya IP phone system voicemail when you are away from your office:
END_OF_DOCUMENT_TOKEN_TO_BE_REPLACED